The Russia Chronicles. An Underground Revolution. One: The Streets of Moscow 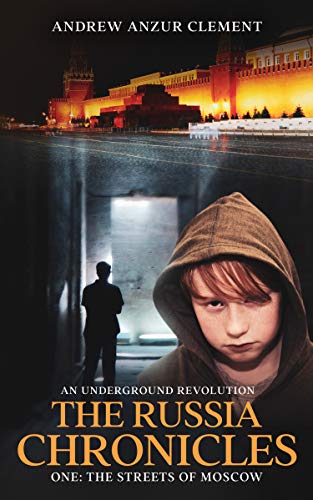 Knocked out in an anti-Putin protest during a trip to Russia, 16-year-old Peter is separated from his US diplomat parents. He is rescued by a gang of homeless teens struggling to survive in Moscow’s subway. As he gets to know their deal, it becomes clear that life or death could depend on breaking into some of Russia’s most fortified facilities.
Other books from this series are available here.